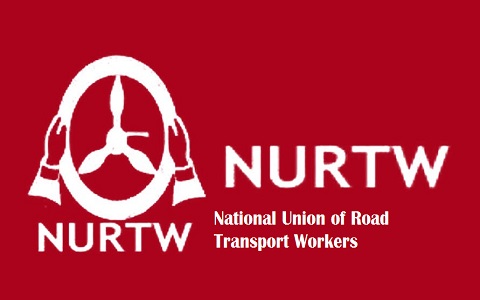 The Honorable Minister of State Labour and Employment Prof. Stephen Ocheni commended the Nigeria Union of Road Transport Workers (NURTW) has an integral part of sustainable National Growth and Development, adding that the Union’s role in the enhancement of transportation system in the country cannot be over emphasized.

Prof Ocheni made the remarks recently in Abuja during the 40th Anniversary of the NURTW; stressing that the Trade Union as partners in progress should as a matter of necessity, support this Administration in this herculean task of driving the process of instilling discipline, transparency, accountability and patriotism amongst Nigerians.

The Minister reiterated that the 40th Anniversary of the Union will be used amongst other things to show case it’s achievements and the patriotic corporation with the Federal Government in bringing positive change in the conduct of government businesses, ensuring industrial harmony, promoting accelerated economic growth and to promote transparency and accountability in public domain with view of creating jobs and decent work for all Nigerians.

While appreciating the achievements of the Union’s National Executives, the Minister emphasizing that the manner in which they mobilized financial and material resources to build their National Secretariat in Abuja, the five star hotels in Kaduna and kwara States and the States zonal offices to generate more revenue for the Union and the improvement of the welfare of its members speaks volume of the activities of the esteemed Union.

Earlier in his address, the president of NURTW Alhaji Najeen Usman Yasin said transportation has played a vital role in the social, political, and economic development of nations. It provides the necessary means of marketing agricultural products, gaining access to mineral resources, developing, and expanding industry and trade, conducting health, education, and welfare programmes, and exchanging cultural ideas.

He also praised President Muhammadu Buhari’s laudable initiative of the Federal Government in the area of road rehabilitation, reconstruction, and fresh construction that cut across the country. It is our belief that, with the on- going spate of development by this administration, the deplorable condition of our highways across the country, particular federal road which have led to fatal road accidents resulting to loss of lives and properties will be alleviated in no distant future.

The occasion was well attended by dignitaries from the Transportation industry