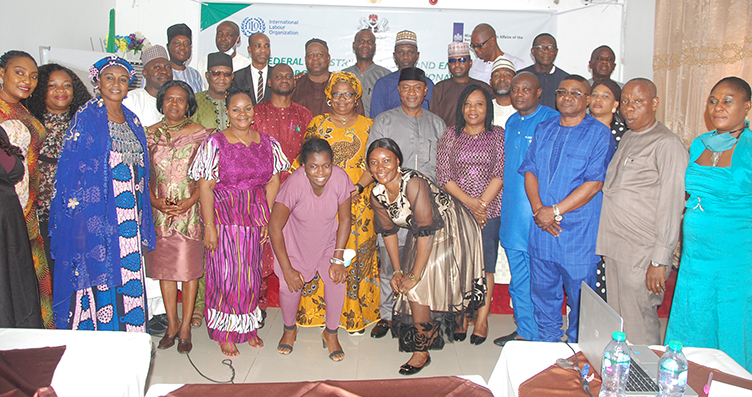 The Federal government has called for coordinated actions among stakeholders in order to accelerate the elimination of child Labour in the country.

Permanent Secretary, Federal Ministry of Labour and Employment, Dr Yerima Peter Tarfa, made the call in Abuja at the flag-off of the capacity-building workshop organized for Zonal Directors/State Controllers on the use and application of the Reviewed National Policy on Elimination of Child Labour in Nigeria and its National Action Plan 2021-2025.

He stated that the workshop was expected to enhance the skills of the participants for effective implementation of the content of the National Policy and National Action Plan on Elimination of Child Labour.

Tarfa urged the participants and other stakeholders to work within the provisions and guidelines of the Policy and its Action Plan, playing their assigned roles and coordinating their actions, in order to accelerate the elimination of Child labour.

According to him, “the Policy and its Plan of Action provides the guide for the various stakeholders to identify their specific role, responsibilities, and comparatively respond to the challenges of Child Labour within the national framework.”

Tarfa noted that despite the progress made in eliminating it, Child labour was still prevalent in the country, especially in the informal sector.

He pointed out that the federal government had created an enabling environment for the fight against Child Labour, Forced Labour and Human Trafficking by ratifying and adopting some international conventions related to the elimination of Child Labour,” and approving the National Policy on Child Labour and its Action Plan in 2013, which was reviewed and validated in 2021.

He remarked that eliminating Child Labour in the country was in accordance with Sustainable Development Goal Target 8.7, which called on all to “take immediate and effective measures to eradicate forced labour, end modern slavery and human trafficking and secure the prohibition and elimination of all forms of Child Labour.”

Earlier, Acting Director, Inspectorate Department, Ajuwon Dauda Adeniyi, while welcoming the participants, said the workshop would deepen the capacity of the participants “to play their roles effectively in the national response to eradicating Child Labour by 2025 and meeting Target 8.7 of the Sustainable Development Goals 8.”