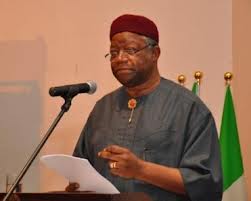 The Honourable Minister of Labour and Employment, Dr Chris Nwabueze Ngige has described the life of Major General Ike Omar Sanda Nwachukwu (rtd) as a “noteworthy trajectory of a distinguished Career.”

In a congratulatory message on behalf of the Management and Staff of the Federal Ministry of Labour and Employment to commemorate the 80th birthday Anniversary of the Elder Statesman, the Honourable Minister said that the distinguished career of Major General Ike Omar Sanda Nwachukwu (rtd) spanned the Armed Forces, the Diplomatic front, politics, the public Service and community service.”

Ngige thanks the Almighty God for “your life characterized by noteworthy achievements and dedication to the nation and humanity.”

He observed that “as a Minister of Labour and Employment you conceptualised and became the founding father of  the National Directorate of Employment (NDE) in 1987 – an Agency with which to fight unemployment, and also introduced the policy of economic diplomacy to enhance Nigeria’s economic development in the world economic order at the then Ministry of External Affairs (MEA).”

He encouraged Senator Nwachukwu that at 80 “he should continue with his time tested record of purposefulness, honesty, forthrightness and integrity in promoting national unity as an elder statesman.”

He prayed that the “good Lord preserve you for many more years in good health and vibrancy so that you remain a source of inspiration to the younger generations.”