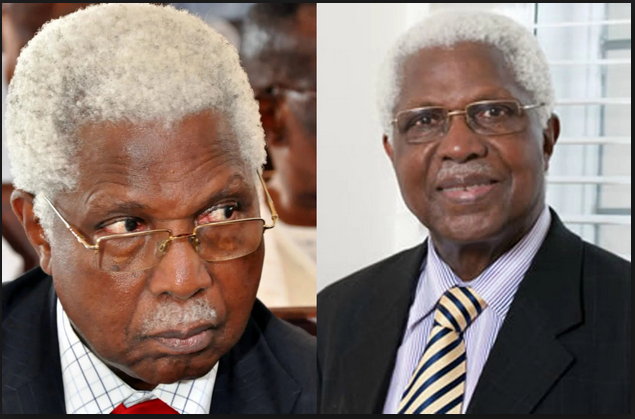 The Minister of Labour and Employment, Sen. Chris Ngige has said the death of the former Vice President and foremost Nigerian Statesman, Dr. Alex Ekwueme is an exit of an unrivalled colossus at a time Nigeria is in dire need of his wisdom, knowledge, discipline, courage and patriotism.

“I received with great jolt, sadness and deep sense of loss, the news of the exit of my political boss, friend and teacher. I was jolted by this sad news because even as I learnt that Ide had slipped into coma some days ago, I kept praying for him and hoping against hope that he would return to us from the land of coma,” Ngige said in a condolence personally signed by him.

“For Ide, the curtain has been drawn. He ran his race here on earth starting as a provincial boy who came to Kings College Lagos, dazzled everybody with his brilliance, soaring in his School Certificate and proceeded to acquire strings of academic degrees across disciplines, the record of which is yet to be beaten by any Nigerian.  Ekwueme epitomized brain and handsomeness. He was highly industrious, a big silent philanthropist especially in education.”

“With the passing on of Ide Aguata, the curtain has fallen on a glorious chapter in the history of Nigeria.  With the death of Dr. Ekwueme, Nigeria has been assailed by a huge gap that will be difficult to fill. With the passing away of Ide, the sky-high iroko, where then shall the birds of great flight take to? In the contemporary, Nigeria has lost her best in all ramifications- politics, professionalism in disciplines such as Architecture, Law and Business. In the contemporary world of politics, business, Nigeria has lost one of her greatest!” Ngige said.

“In an age of narrowness, how will Nigeria find a perfect replacement for Ekwueme, the epitome of learning? Whose deeper thought, whose insight will spring solutions to extant national problems like Ekwueme did when he proposed the six-geo political zones and other constitutional issues taken in the 1994 constitutional conference? In an age where uprightness has taken flight, who can replace Ekwueme’s conduct in public office? Which African can leave office as Vice President, poorer than when he entered office?  In an age of bread and butter politics, who can replace Ekwueme’s urbane consistency? Democracy is surely in danger without statesmen and democrats with incorruptible conscience, such that Ekwueme represented.”

“Am personally in deep grief. We have lost a father, a mentor, a leader whose briefcase some of us the contemporary leaders of the South East, Viz Prof. A.B.C Nwosu, Dr. Okey Udeh, Dr. Chinwoke Mbadinuju, Dr. Okwy Nwodo,  struggled to carry in 1998 during the formative years of the Peoples Democratic Party (PDP)  at Professor Jerry Gana’s house. Ide was a man whose wisdom, I, like many others depended at the outset of this 4th republic. I mourn a man whose shining examples have largely shaped my thought and belief in politics as service to the people.  We shall pick the gauntlet and march on to preserve the legacy Ekwueme bequeathed to Nigeria. We can’t afford to renege.”

On behalf of my family and the entire Umu-Ngige clan of Alor in Idemili South Local Government, I wish to send our heart-felt condolences to Beatrice, his beloved wife, his children- Dr. Helen who was with him in the London Clinic, Ochiliozua, the immediate junior brothers, Profs. Larz and Obumneme Ekwueme and other family members as well as Ndi-Anambra,  Ndi-Igbo home and in the diaspora and Nigerians in general

Our leader is gone but his indelible footprint is in the political and professional firmament of Nigeria and shall suffer no erasure.

Hon. Minister of Labour and Employment.