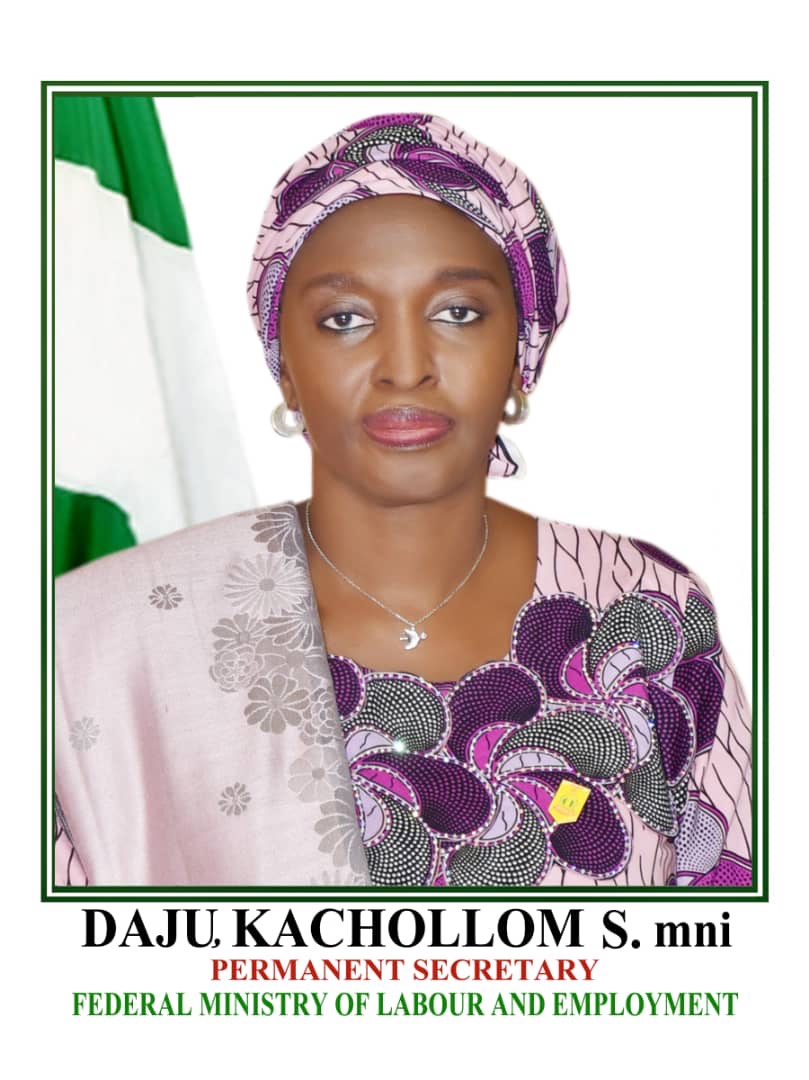 She proceeded to St. Louis College, Jos, where she obtained the West African School Certificate/ General Certificate of Education (WASC/GCE). Thereafter, she graduated from the prestigious University of Jos with a B.A (Hons) in English Language in 1990. In her quest for knowledge, she advanced to Ahmadu Bello University, Zaria where she obtained a Master’s Degree in International Affairs and Diplomacy in 2003.

In the course of her civil service career, she served in various capacities, amongst which were Press Secretary, Federal Ministry of Agriculture & Rural Development as well as Head, Heart of Africa Project, Nigeria’s image project.

She also served on the Board of the Nigerian Film Corporation (NFC) representing the Federal Ministry of Information and Culture.

She was the Director of Public Relations and Protocol in the Federal Ministry of Information and Culture until her appointment as a Permanent Secretary, Federal Ministry of Labour and Employment, by His Excellency, President Muhammadu Buhari on 27th April, 2022.

In her spare time, she enjoys reading, travelling, cooking, playing scrabble, dancing and listening to music.