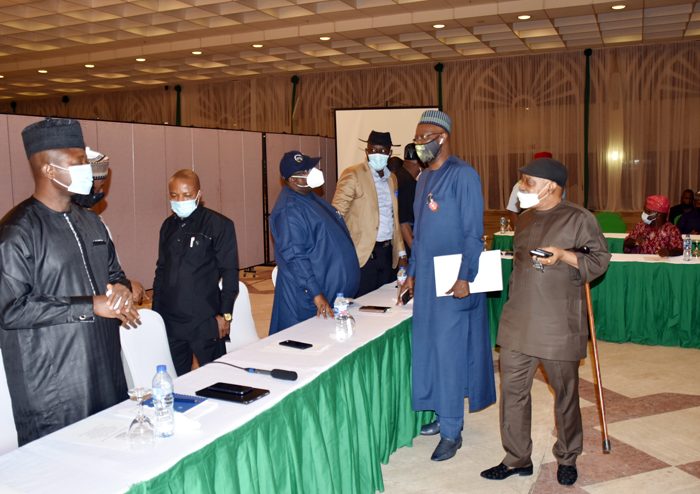 The meeting between the Federal Government and Organised Labour would be reconvened on Monday, 7 December to allow the government side do a wide- ranged consultation on the possibility of reversing the current pump price of fuel, as requested by the Orgsnised Labour.

Minister for Labour and Employment, Dr Chris Ngige, disclosed this at the end of the latest meeting between the Federal Government and Organised Labour on the recent increases in the pump price of Premium Motor Spirit (PMS) and the electricity tarriff.

Ngige said the meeting agreed to let the government side consult with their principal and every relevant authority on the request of the Orgsnised Labour.

According to him, “The message from the Organised Labour is clear. They want a reversal of the pump price of PMS. The parties have agreed to let the government side consult their principal on that.

“We will consult the President, Minister of Petroleum, and the Economic Management Team.”

The  Minister noted that though it was no longer the responsibility of Government to fix the pump price of PMS, as it had been deregulated, the matter still fell within the realm of the economy.

On the issue of the electricity tarriff, Ngige stated that the Committee working on it already had an interim report.

He added that the Committee, headed by the Minister of State for Labour, Festus Keyamo, SAN, would use the opportunity created by the adjournment of the meeting to take field visits to the different Electricity Distribution Companies (DISCOs) in Nigeria and come back with a more comprehensive report.

Earlier, at the start of the meeting, Ngige had said that nobody was immune to the effect of the price increase of both the pump price of PMS and electricity tarriff, but stated that conversations on the issues should be handled with caution in order not to grind the economy to a halt.

Also speaking, Secretary to the Government of the Federation (SGF), Boss Mustapha, assured the Organised Labour that every decision of government would always be based on the welfare and well-being of the people of Nigeria.

He assured the Organised Labour, “I believe that working together with you, crafting agreements, and negotiating terms, would all be done with an overarching interest of the people of Nigeria as the centrepiece.”

President, Trade Union Congress (TUC), Quadri Olaleye, on behalf of the  Oganised Labour, asked for sincerity of purpose and open-mindedness from the government side.

He further stated that “We want to reach an agreement that would move the country forward, and especially satisfy the expectations of the Nigerian workers.”