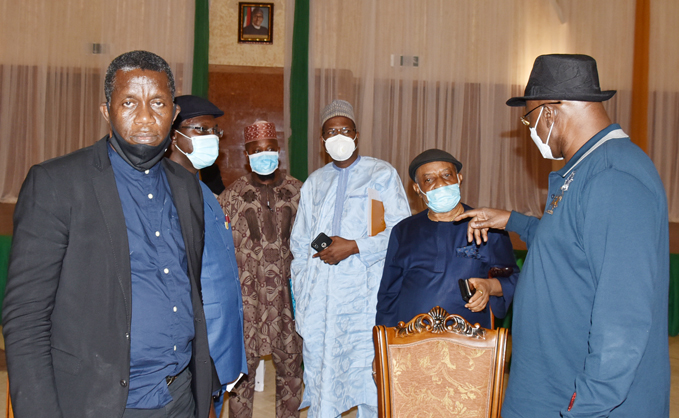 The Federal Government and Organised Labour have adopted for implementation, the report of the Technical Committee on Electricity Tariff.

Minister for Labour and Employment, Dr Chris Ngige, disclosed this at the end of a bipartite meeting between the Federal Government and Organised Labour, convened to review the reports of the Technical Committees on Electricity Tariff and Premium Motor Spirit (PMS).

Ngige said the Technical Committee on Electricity Tariff would be transmuted into a standing committee for the purpose of implementing the recommendations of the Report.

“We adopted the report of the Electricity Committee, made some adjustments and transformed that technical committee into an implementation committee. They are now the Standing Committee to implement all the recommendations they gave to us here.”

According to Ngige, the recommendations include appropriate gas pricing for Electricity Generating Companies (GENCOs), which would ultimately lead to price reduction of electricity per unit.

He also stated that the implementation committee would ensure effective mass metering of people by monitoring the distribution of meters, as there had been reports that the Electricity Distribution Companies (DISCOs) had been hoarding the meters.

This would effectively check the practice of irregular billing, like estimated billing, by the DISCOs, he said.

The Minister further said that the Committee would work to put a stop to forceful migration of consumers from the low-paying bands of D and E to the upper tariff bands of A and B, by the DISCOs.

Ngige added that DISCOs that indulge in such practices would be sanctioned by Nigerian Electricity Regulatory Commission (NERC). He encouraged victims of such migration to petition NERC.

The Minister also disclosed that the matter of a template for fixing the price of petroleum products “is a work in progress”.

President, Nigeria Labour Congress (NLC), Comrade Ayuba Wabba, confirmed that the parties agreed that the matter of electricity tariff would be solved through appropriate Gas pricing and mass metering.

On the template for fixing the price, Wabba posited that the Nigerian National Petroleum Corporation (NNPC) “should do everything possible to make sure the current template serves Nigerians instead of the market forces.”

He noted that the welfare of Nigerians should be the Centre point of every government policy, and therefore called on Government to find a way of “protecting and insulating Nigerians from the vagaries of market forces.”

The meeting was adjourned to April.